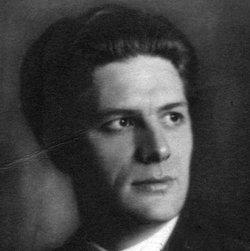 Those who consider records provide exact and reliable documentary evidence of the history of singing will often be surprised: there are names one repeatedly encounters in the cast lists of major international opera houses but who have left either no records at all or just an insignificant number which stands in no relation to their historic importance. But there were also those singers whose extensive recorded legacies in no way matched the number of their operatic appearances. Many of them even recorded under the most expensive labels: Ellen Beach Yaw, for example, Alessandro Valente, Celestino Sarobe, Xenia Belmas or Umberto Urbano. Umberto’s discography lists no less than 69 titles. He made his first records – first acoustic and later electrical – for “Grammophon”, then for “His Master´s Voice” and “Parlophon”. His first “Grammophon” recordings were even issued on their prestigious red label. This large number makes interesting comparison with two other baritones: Titta Ruffo recorded a total of 132 titles during his 25-year career and Mattia Battistini´s discography lists 105 recorded items. Considering Urbano´s busy recording career one would assume that his stage career not only proceeded regularly but was also well documented, which isn’t the case. With the generous help of Giorgio Molini, who has provided a copy of his uncle´s birth certificate, Urbano´s correct date of birth can be determined at last: October 16th 1892 in Livorno. After vocal studies in Milan under Angelo Bettinelli and Binetti, Urbano made his operatic debut at the age of 24 at the Teatro Politeama Rossetti in Trieste as Renato in “Un Ballo in Maschera”. Critics and voice experts predicted a great career for the young baritone but World War I interrupted this career.

On December 1922 he made his debut at the Teatro alla Scala under Antonio Guarnieri in “Lohengrin”. As Telramund he alternated with Carlo Galeffi in nine performances and was partnered by Aureliano Pertile (alternating with Francesco Merli) in the title role, Maria Carena, Elvira Casazza or Maria Capuana and Ezio Pinza. In April 1923 he returned (for the last time) to the Scala and shared the role of Enrico in “Lucia di Lammermoor” with another mostro sacro, Riccardo Stracciari (the cast included Toti Dal Monte, Aureliano Pertile/Joseph Hislop and Ezio Pinza). Neither Galeffi nor Stracciari seemed very keen to have the promising young baritone take over too many of their roles and apparently exerted their influence on the direction of the Scala. Urbano switched to the Teatro San Carlo in Naples making his debut there as Germont in “La Traviata” (alternating in a run of 19 performances with Luigi Montesanto and Lorenzo Conati) under Gino Marinuzzi on January 5th 1924. He returned to Naples in early 1926 for “Lohengrin”, “I Cavalieri di Ekebù” (Zandonai), “Il Barbiere di Siviglia” and, again, “La Traviata” (with Dalla Rizza and Alessio De Paolis). These performances marked the end of Urbano´s career in Italy. Back in February 1924 the baritone had already made his debut at Covent Garden in London although not during the official season but as a guest of the British National Opera, which gave operatic performances in English. The highlight of this season were two performances of “Rigoletto”, sung in Italian – Elvira de Hidalgo, Joseph Hislop and Dinh Gilly were the guest stars. Gilly fell ill and was replaced in the last minute by Urbano whose short-notice debut became a great success. In his book “Two Centuries of Opera at Covent Garden”, Harold Rosenthal wrote about Urbano´s “very beautiful voice and strong dramatic talent”. From the late Twenties on, the singer devoted himself exclusively to international guest appearances at the Grand Opéra in Paris, the Vienna State Opera (1927), the Teatro Massimo in Palermo, the opera houses in Bucharest and Warsaw, on various South American stages, at the Staatstheater in Wiesbaden, the Opera Houses of Frankfurt am Main and Stuttgart and many more. Countless, both artistically and financially lucrative concert tours made him a public idol, especially in Germany. Aside from his vocal qualities, which aroused great enthusiasm with the press and even evoked memories of performances in Germany of the great Mattia Battistini, his striking good looks and excellent acting greatly contributed to Urbano´s incredible popularity. He seemed to have had a special connection with Czechoslovakia where he apparently lived for a while in the Twenties: at the National Opera in Prague, and in Bratislava and Brno too, he was acclaimed every year. He was a frequent guest in Budapest as well.

With the exception of a few concerts in Vienna and Munich in late 1933, however, there is hardly any record of public performances by him from the years 1932 to 1936. For certain he lived in Milan during these years and moved to Giulianova (Teremo) in late 1936 to be near his twin sister, Margherita. It was in Teremo that he appeared as Renato in “Un Ballo in Maschera” in 1937, a performance which was praised for its acting and interpretation. The voice itself however, as critics noticed, had lost much of its former sonority. The reasons? We may assume that an absurdly busy schedule had done irreparable harm to his voice. This was hardly helped by his frequent excursions during concerts into the tenor repertoire, no doubt tempted there by his ringing top. After the “Ballo” performance Urbano gave up his stage career and moved to Rome in 1941 where he also taught singing. For a concert tour in Eastern Europe, he returned to the footlights once more but after that finally retired for health reasons. According to some information he volunteered for the army after Italy entered World War II and fought at the front line.