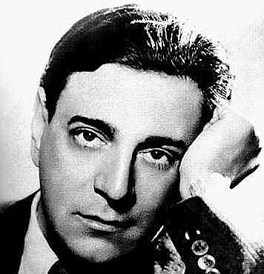 Raffaele Attilio Amadeo Schipa – Tito – was born in Lecce at the end of 1888, although the birth records show the date 2 January 1889. This was a deliberate ploy on part of his father in order to defer military service for an additional year. He came from a poor family in the poorest part of Italy. He early showed a precocious talent for singing and Maestro Giovanni Albani picked Schipa’s voice out of a school chorus and provided his first vocal instruction. Later on the Bishop of Lecce, Don Gennaro Trama, fascinated with the boy’s wonderful voice, decided to give him tuition at his own expense and the boy sang occasionally solo pieces during church service. He was overheard by the singer and musicologist and former pupil of Saverio Mercadante, Alceste Gerunda, who invited him to become his private pupil, subjecting the boy to rigorous vocal training. In 1908, when Schipa was 19, Gerunda presented the aspiring tenor in a benefit recital that raised money for a trip to Milano, where Schipa were to seek the possible launch of his career.

In Milano he worked intensively with Emilio Piccoli and in less than a year he was ready for his operatic debut. He was given the chance in Vercelli, before the ill-reputed audience of the Teatro Facchinetti, and debuted on the 4th of February 1909 as Alfredo in a staging of La Traviata. The reception was cruel and farcical, yet Schipa was engaged by an impresario for a series of performances and soon after Schipa had appeared in Sebenica and Savona as Alfredo, as well as in Adriana Lecouvreur and Zaza in Crema, quickly adding Mignon, Rigoletto, Faust, La Bohème, Don Pascuale and Il Barbiere di Siviglia to his repertory.

By 1911 he had added Werther, his future signature role. His interpretation of Massenet opened the doors to the audiences of Rome, where appeared during the fiftieth anniversary of the Italian
unification in 1911 and two years later he was engaged for a tour of South America. He debuted at the Teatro Colón in performances of La Sonnambula, Mignon and La Traviata opposite Maria Barrientos. He returned to South America in 1914, after successful performances in Falstaff, Tosca, Fedora, Madama Butterfly and Marcella in Napoli.

He got lucky with two performances under Toscanini at the Teatro dal Verme in 1915, Falstaff and La Traviata, and debuted at La Scala by the end of the year in Prince Igor under Gino Marinuzzi, and was given the chance to prove his lyrical talent in Manon (Massenet) and Manon Lesacaut (Puccini). An overwhelming reception at La Scala led him to Madrid and Barcelona, where he captivated the Spanish audience, who dubbed him “El Encantador.”

Tito Schipa had something far more important than high notes: a great singing line. One of the most ingratiating of singers, with refined enunciation of text, elegant phrasing and superb musicianship, he held a prominent place in the light Italian romantic tenor repertoire during his long and successful career. – Luis Eduardo Goncalves Gabarra

During the course of 1917 Puccini himself invited the young tenor to create the role of Ruggero in the world premiere of La Rondine in Monte Carlo with the star soprano Gilda dalla Rizza, and two years later, in 1919, he was invited to join the staff of singers at the Chicago Civic Opera, and thus commenced what were to become the peak of Schipa’s career: A decade in America at the Chicago Opera with frequent visits to the Met in New York, the opera of San Francisco plus various tours and appearances which took him to more than 40 cities. In between the years of 1919 and 1929 Schipa was converted into a celebrity, one of the highest-paid artists in the US, living lavishly on the South Coast where he was seen frequenting parties with the glamorous. He was known to be a notorious womanizer and spent his fortune carelessly. Despite all the possible distractions leading from his lifestyle, these years are considered Schipa’s best years, his “Golden Epoch” as an artist, when he was in best voice, which do betray his many and famed recordings for HMV and RCA.

His long engagement with the Chicago Opera ended in 1932, when the house was forced to cut salaries due to the great economic recession that hit world wide and Schipa left the company and was engaged by the Met in New York for the following three seasons, 1932-35. Most of the Met’s main attractions had left after the salary cuts, counting Gigli and Lauri-Volpi, leaving the lyrical repertory entirely to Schipa. Schipa also did a series of motion pictures for Paramount, along with recital tours throughout America and world wide, which helped increasing his popularity even further. By the late 30’s he had returned to Italy and soon became one of Mussolini’s favorite tenors, perhaps due to his outspoken sympathy with the fascist regime. He appeared frequently at politically emotive functions, both in Italy and Nazi Germany and volunteered his services for purposes of propaganda. During the reign of Mussolini he enjoyed a certain popularity within his native country, but after the dictators downfall, Schipa was received with a cold shoulder. He returned to America in 1947 for a recital at New York’s Carnegie Hall, but delivered his concert to an half-empty hall.

Schipa had no grand voice nor exceptional beauty of timbre, it was rather the manner in which he employed it that captivated the audiences. He had no astounding high notes and limited therefore his repertory to a handful of operatic roles which he performed over and over again in a career that lasted for 55 years. His voice was subtle and light, capturing the shades and colors of the music, yet it reached in the great opera arenas by virtue of its great projection.

Schipa kept singing throughout the 50’s and toured the Eastern European countries in 1957 with great success. In 1959 he founded his own singing academy in Rome and embarked on an American tour in 1962, at the age of 73. The reception was hilarious from an audience that had forgiven his political miscalculations in the past. Schipa died in the state of New York on 16 December 1965 after a diabetic attack.