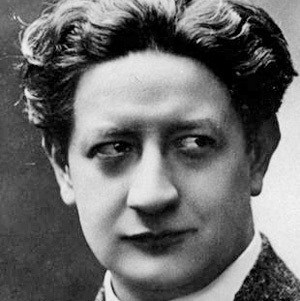 On July 3rd 1877, in the same year as Titta Ruffo, Domenico Viglione Borghese was born in Mondovì / Piemont. After having started agricultural studies in Milan which were soon abandoned, he started to have his voice trained at the Conservatory in Pesaro and by the legendary Antonio Cotogni in Rome. In 1899 he gave his stage debut in Lodi as Herald in “Lohengrin”, which was followed by some unrewarding engagements at smaller stages of the Italian province. So little, in fact, was the singer pleased with his progress that in 1902 he decided to interrupt his career and work in San Francisco with a trading organization. Following the advice of Enrico Caruso, who urged him to reassume his singing career, and with the help of Luisa Tetrazzini he obtained an engagement from an Opera Touring Company for a Mexican tour. At the Teatro Regio in Parma he appeared with great success for the first time in 1906/07 as Amonasro in “Aida”, which led to guest performances at the Teatro Comunale in Bologna and the Teatro Costanzi in Rome; at the latter he created Leoncavallo´s opera, “Maia”, in 1910. On March 13th 1910 Viglione Borghese made his debut at the Teatro alla Scala in Milan in “L´Africana” (with Ester Mazzoleni and Nazzareno de Angelis) and appeared in the same season in “Rhea” by Spiro Samara. During the Scala´s 1913/14 season he was heard in “Tristan und Isolde” and “L´Amore dei tre Re” and again in 1930 in “La Fanciulla del West” (with Gilda Dalla Rizza and Georges Thill) and “Cavalleria Rusticana”. 1911 marked the year of his debut de rôle as Jack Rance in “La Fanciulla del West” at the Grande Teatro in Brescia, a role which from then on would remain closely associated with him and which he kept in his repertory until the end of his career. Puccini, himself, presented the singer with a score of the opera which was entitled to: “il principe degli sceriffi”. Giacomo Lauri Volpi, too, who as Dick Johnson had been Viglione Borghese´s partner numerous times on stage, recalls in his memories how ideal the baritone was cast in this role.

In 1914 at the Teatro Carlo Felice in Genoa he sang in the first Italian performance of Wolf Ferrari´s “I Gioielli della Madonna”, in the same year he also sang at the Summer Festival in Verona. Performances abroad brought him to the Teatro Colón in Buenos Aires, to Madrid, Paris, Warsaw and the Theâtre de la Monnaie in Bruxelles. On the open-air stage at the Hohe Warte in Vienna Viglione Borghese sang in “Aida” (with Tina Poli-Randaccio and Giovanni Zenatello) under the direction of Pietro Mascagni in 1924. 1925 was the year of the first production of Rimsky Korsakov´s “The Golden Cockerel” at the Teatro Regio in Turin, where Viglione Borghese took part in. Among other roles in the artist´s repertory were: Michele in “Il Tabarro”, Scarpia and Napoleon in “Madame sans Gêne”. In the years from 1931 to 1936 his career was interrupted a second time: he took over the administration of an agricultural business, which, unfortunately, went bankrupt after some time. He did take up his career afterwards, but it was limited to more or less sporadic performances until he gave his farewell as Jack Rance in 1940 in Rome. After World War II he became a singing teacher in Milan, he took part in some movies and published his memories under the title “Due ore di buon umore”.

On October 26th 1957 Domenico Viglione Borghese died in Milan. Jack Rance, Iago, Barnaba, Amonasro and Scarpia were, according to time witnesses and colleagues, the baritone´s best roles. – Among all operatic “villains” these roles require voices of a certain volume with something like a “biting sound” in the voice and are especially rewarding for a first rank singing actor as Viglione Borghese was. His voice is said to have been one of the biggest baritone voices ever. He had a powerful attack and a strong personality and in dealing with the libretto was able to accentuate in an effective, but never cheap sounding way. Among colleagues, he was highly respected: Lauri Volpi praised above all his massive vocal presence and histrionic power on stage. He was also held in high esteem by the two sopranos, Ester Mazzoleni (“he was one of the greatest baritones of my days”) and Adelaide Saraceni (“among all famous Rigolettos it was Viglione Borghese´s which emotionally touched me most”). The fact that names like Ruffo, Amato, Sammarco, Stracciari, Galeffi and Granforte, to name but some of only his Italian colleagues, were too much competition, may be regarded as some consolation, but should be no excuse.