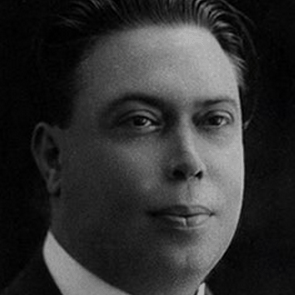 Born in Messina / Sicily in 1880 (unfortunately, it was impossible to trace the exact birth and death date) he first studied singing in his hometown and later in Rome with Antonio Cotogni. In 1905 he made his debut  at the opera house of Messina in Catalani´s „Loreley“ and in January 1907 had his first great success at the Teatro Carlo Felice in Genoa as Amonasro in „Aida“. Relatively early in his career the singer began to focus his repertory, though not exclusively, on Wagnerian roles: Amfortas, Telramund, Kurwenal, Wotan and Holländer.

Only two years after his debut Bellantoni gave his debut performance at the Teatro alla Scala in Milan on December 21st 1907 in the role of Alberich in „Götterdämmerung“. In 1910/11 he was heard as the Wanderer in „Siegfried“ and had a great success as Alcandro in „Saffo“ by Giuseppe Pacini (with Eugenia Burzio), which was considered one of his most accomplished roles. For the opening season 1908/09 of the Teatro Colón in Buenos Aires Bellantoni was engaged for „Aida“, „Il Trovatore“, „Siegfried“ and „Tristan und Isolde“. In the years between 1908 and 1910 he regularly sang at the Teatro „La Fenice“ in Venice in „Walküre“, „Tristan und Isolde“, „Hérodiade“ and „Aida“. At the Teatro Costanzi in Rome he was heard in 1911/12 as Wanderer in „Siegfried“ and as Enrico in „Lucia di Lammermoor“ and in 1915/16 in „La Forza del Destino“. Between 1911 and 1914 he added to his repertory „Nabucco“, „La Traviata“ and „La Favorita“ which he performed at the Teatro Comunale in Triest, at the Teatro Massimo in Palermo, the Teatro Regio in Parma and the Teatro Real in Madrid. In Parma he also took part in the centennial celebrations of Giuseppe Verdi´s birth and sang the title role in „Nabucco“ (with Giannina Russ and Nazzareno De Angelis) and Amonasro in „Aida“ (again with Russ and Giovanni Martinelli) in 1913. He returned to the Teatro Carlo Felice in Genoa in 1914 as Valentin in „Faust“ and in 1915 as Rigoletto and also was heard in „La Favorita“ and „La Forza del Destino“. From 1916 on his operatic schedule became less frequent and a performance as Germont in 1927 at the Teatro Municipale in Piacenza was among his last. Around this time the singer seems to have ended his career. In 1946 Giuseppe Bellantoni died in Florence.