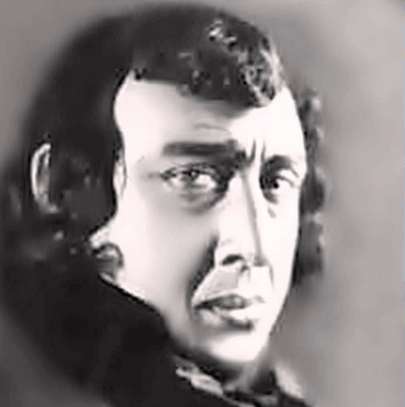 In a generation, which boasted so many great Italian baritones, as among the most important ones, even though today he is undeservedly underrated. Born on January 11th 1883 in Naples he studied singing with Luigi Colonnesi and Abramo Petillo in his hometown. In 1906 he made his debut at the Teatro Bellini as Alfio in “Cavalleria Rusticana“ and soon established himself – yet on provincial stages – as one of the leading Italian baritones. At the Teatro Massimo in Palermo he sang in “Isabeau“ and in Leoncavallo´s “La Bohème“ in 1913. In the same year he appeared at the Teatro Regio in Parma stepping in for a sick Titta Ruffo as Posa in “Don Carlo“ (the five-act version with Russ, De Cisneros and Bassi) at the centenary celebrations of Verdi´s birth. As Amonasro in “Aida“ he took part in the opening season of the first Verona Festival, again in 1913. The summer of 1915 saw him busy at the Teatro Colón in “Aida“ (with Raisa, Frascani and Caruso), “Lucia di Lammermoor“ (with Galli Curci and Caruso), “La Gioconda“ (with Poli-Randaccio and Caruso) and as Schaunard in “La Bohème“ (with Raisa, Galli Curci, Lázaro and Sammarco). At the Colón he also appeared in the local premiere of Zandonai´s “Francesca da Rimini“ (with Raisa, Spani and Lázaro). At the Teatro Costanzi in Rome he was, among other performances, engaged for the world premieres of “Una Tragedia Fiorentina“ by Mario Mariotti (1915) and “Maria di Magdala“ by Vincenzo Michetti (1918).

During the 1915/16 season of the Teatro alla Scala Danise´s debut took place in the title role of “Prince Igor“ (with Dalla Rizza, Anitua and Schipa); in the following year he sang in Spontini´s “Fernando Cortez“ (with Mazzoleni), in “Aida“ (with Raisa and Dolci), “Cavalleria Rusticana“ (with Hariclea Darclée, the first Tosca) and in the Scala-premiere of “Francesca da Rimini“ (with Raisa, Dal Monte and Pertile). In a concert he performed together with Toti Dal Monte César Franck´s “Les Béatidudes“. In 1917/18 he again, was heard at the Scala in “Siberia“ (with Dalla Rizza and Bassi), „Tosca“ and in the world premiere of Victor De Sabata´s “Il Macigno“ (with Melis and Lappas).On November 17th 1920 Danise for the first time faced the American public on the occasion of his debut at the Metropolitan Opera as Amonasro in “Aida“ (with Destinn, Matzenauer, Martinelli and Rothier). His last two performances with Caruso were in “La Forza del Destino“ (with Ponselle as Leonora). Danise remained at the MET for 12 years – until 1932 – and shared most of the big baritone roles with De Luca, Scotti, Basiola, Ruffo and later Tibbett. In his first year he was especially praised for his portrayal of Carlo Gerard in the premiere of “Andrea Chénier“ (with Muzio and Gigli).

The dreaded critic, Henderson, wrote on this occasion, that he “sang like a true artist and acted like a real man“. In 1922 he, again, stepped in for Titta Ruffo, this time as Carlo V in a new production of “Ernani“ (with Ponselle, Martinelli and Mardones), which had been absent from the MET´s playbill for a long time. When Lucrezia Bori sang her first “Traviata“ in 1923 Danise was her Germont-père and on January 5th of the same year he appeared in the title role of “Guglielmo Tell“ in a revival with Martinelli, Ponselle and Mardones. With great success he sang Nelusco in “L´Africana“ and David in “L´Amico Fritz“ (with Bori and Fleta), he appeared in the MET premieres of Catalani´s “Loreley“ and Lalo´s “Le Roi d`Ys“ and in the New York premiere of Laparra´s “La Habanera“ (with Easton and Tokatyan) and was an excellent Athanael to Maria Jeritza as Thais. Together with Lauri Volpi, Gigli and Jeritza, Danise belonged to those artists, who in 1932 did not accept any cutting of their fees, which Gatti Casazza had to carry through as a consequence of the Depression, and left the Metropolitan. He bade farewell to the audience of the MET on January 16th 1932 as Count Luna in “Il Trovatore“. Apart from his busy schedule at the MET he regularly had appeared at the summer seasons of Ravinia, suburb of Chicago, from 1922 on, but never sang at the Chicago Opera House. At Ravinia Danise repeated most of the big roles he sang at the MET and added “Fedora“, “Samson et Dalila“ and “Un Ballo in Maschera“ (surprisingly enough he had never sung Renato in New York). His appearance in the first performance of Leroux´s “Le Chemineau“ (with Gentle, Roselle and Rothier) was such a success that the unknown opera remained in the company´s repertory for the following two seasons. Greatly acclaimed were also his portrayals of Napoleon in Giordano´s “Madame Sans-Gêne“ and in Wolf-Ferrari´s “I Gioielli della Madonna“. From 1922 to 1931 he appeared at the MET throughout the winter and spent the summer season at Ravinia. During those years he had not been heard at all in Europe and when he returned to Italy in 1932 he was almost forgotten there, but nevertheless was immediately invited to sing at the Scala, where he was celebrated as Scarpia and Alfonso in “La Favorita“. Roberto Bauer wrote to me back then: „For years we have not had a baritone at the Scala as wonderful as Danise.“ In Turin he sang Telramund under Max von Schillings in 1933, in the same year he was also heard as Scarpia in Palermo and in 1935 at the Teatro Carlo Felice in Genoa in “La Favorita“. Between 1935 and 1937 Danise sang Scarpia, Rigoletto and Germont at the Opera House of Rio de Janeiro. After the War he returned to North-America; he settled in New York and later lived temporarily in Brasil.

In 1947 he had married the soprano, Bidù Sayao, whose first husband had been the famous impresario, Walter Mocchi, and dedicated himself to the management of his wife´s career. Sayao used to remember, how she had longed to sing Madame Butterfly, but Danise, who watched her repertory “like a hawk“, would hear none of it. He also taught singing in New York, one of his most famous students was Regina Resnik. Giuseppe Danise died in New York on January 4th 1963.Probably one of the main reasons, why Danise has fallen a little into oblivion nowadays is, that most of his records were made for Brunswick, who stopped their production of classical music in 1930 and were not well presented in Europe.

Without a doubt Danise ranks among the best Italian baritones of his generation: he combined the lyricism of De Luca and the dramatic temperament of Scotti with Stracciari´s sonority. Among collectors his records are considered to be relatively rare. Already in 1917 he recorded a complete “Rigoletto“ for HMV in Italy. Unfortunately, several matrices could not be used and since at that time Danise did not seem to be available for further repetitions he was substituted by Ernesto Badini. However, we are fortunate enough to hear two thirds of the role performed by Danise. From 1921 on he made both acoustic and electric recordings exclusively for Brunswick in Chicago (presumably during his Ravinia seasons). He was the record company´s star-baritone and recorded many arias from his big operatic roles as well as Italian, Spanish and French songs, all of them quite excellent. The Spanish songs are sung much in the style of Emilio de Gogorza – in all languages Danise´s diction was exemplary. How very regrettable is it, that his duets with Mario Chamlee for Brunswick have never been published.