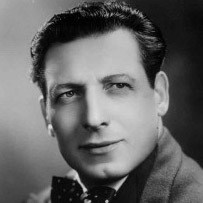 The great bass Ezio Pinza, real name Ezio Fortunato, was born in Rome. He studied under Vezzani at Bologna and made his debut as Oroveso (Norma) at Soncino (Cremona) in 1916. For eight years, from 1916 to 1924, he sang the French, Italian repertory and embraced even Wagner by virtue of an extraordinary vocal extension. In 1926 he made his debut as the high priest (La vestale) at the Met in New York under Serafin.

At the Met in 1929 he felt that the sobriety, sententiousness and containment of the bass in highly composed and authoritarian roles did not match his natural vocal line and colour more suited to expansion and exuberance. He started to lean on baritone roles and harnessed the bold and risky character of Don Giovanni, the “Burlador de Sevilla”, a remorseless and licentious lover. To do this, he had to lighten and modulate his voice and invent a virtuosic tenor sound. He well succeeded in dissecting dark inflections and freeing a dynamic virility which became famous. From the heroic and sacred “Che mai vegg’io!” in Ernani and “Splendon piu’ belle in ciel le stelle” in Favorita he moved on to the comic and light “Madamina, il catalogo e’ questo” in Don Giovanni, to a peppered “mille e tre”, a smiling “seicento quaranta” and with a harmonious cantilena entwined with vague appoggiaturas and the softest of legato he sang “Nella bionda egli ha l’usanza” in the same opera as the servant Leporello. With the passage of time, Pinza left the melodramatic Met and switched over to Broadway musicals (South Pacific) where his fame of irresistible “Burlador” was reaffirmed and richly remunerated .