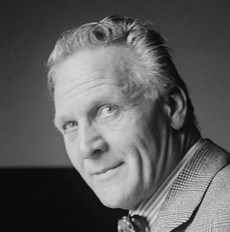 Russian bass Feodor Chaliapin was “la voce storica” among basses at the turn of the century, the great basso-cantante that combined the art of singing with the art of acting and strove to find the ideal vocal expression for his characters. “To him, the voice was only a pretext and a docile, sometimes insidious instrument of will and whim. He was a tenor, baritone or bass as he wished, making use of all colors on the lyrical palette” He remains perhaps one of the four truly mythical figures of opera to this very day.

I do not wish to bias the facts in what follows. I treasure a historic photo of bass Feodor Chaliapin in company with my favourite tenor Giacomo Lauri-Volpi, Wagnerian soprano Lotte Lehmann and mezzo Karin Branzell, smiling and standing closely. Someone took the photo of the celebrated singers one winter morning, on board the ship “Bremen” sailing from Europe to New York in 1933. Looking at the photo, one will immediately appreciate that Chaliapin was in friendly, formidable company and regarded very highly by his colleagues. He and Lauri-Volpi sang together in Faust and Mefistofele, in New York, Philadelphia and Atlanta (1925-1928). Lauri-Volpi co-starred Branzell in Aida at the Met in 1926 and 1929.

Feodor Chaliapin (nee Feodor Ivanovic Saljapin) was “la voce storica” among basses, because of a gigantic voice, tall stature, extraordinary amorous adventures and no less extraordinary retributions. His operatic career spanned between late nineteenth and early twentieth centuries. By singing acting, he brought novelty and restored glory to the “basso cantante” (the singing bass), which seemed to disappear with the advent of “La Belle Époque” and the young school of composers. Puccini, Mascagni, Leoncavallo, Cilea and Catalani were intent to exalt the tenor and soprano, conveying love and passion with tender phrases, ample lyricism and vibrant top notes. Notably, the great Puccini relegated the bass to a secondary and insignificant role.

Fortunately, Verdi laid strong foundations for the bass. In depicting melodrama, the king of opera had shown innate congeniality for the bass in the operas Oberto, Nabucco, Ernani, Attila, Macbeth, I Vespri Siciliani, Luisa Miller, La Forza del Destino, Don Carlo and Aida. The king (Aida), father superior (Forza), grand inquisitor (Don Carlo) and high priests (Aida and Nabucco) convey power and wisdom with round and majestic voices, natural colors, sacred harmonics and aristocratic phrasing. With reciprocal admiration and esteem for Verdi, Musorgskij, believing in boundless horizons where everything is possible, lie is real and truth is suspect, exalted the bass in depicting realism and tragedy.

In Wagner, the soprano demonstrates supreme sacrifice and a possible new way of life. The tenor is a predestined victim. He refutes finite, existential doctrines and wanders through the forest in a circle of infinity and solitude. Not so does the bass. He takes command of the stage and portrays a terrible or evil character with a dark and profound voice. The evil sorcerer Klingsor shows it in the opera Parsifal, by ordering the spellbound Kundry to seduce Parsifal. The Wagnerian bass is very important because, in a sublime way, he conveys the Master of Bayreuth’s absolute concepts of life: the real force of evil and negation of the world.

Chaliapin moved in a cultural “milieu”. The painters Korovin, Golovin, Serov, Vrubel’ and Levitan were his friends. The composers Rimskij-Korsakov inspired him, Rachmaninov taught him harmony, Massenet created for him the role of Don Quixote in 1910, the genial writer Gorkij possessed a good voice and tried to emulate him. Lenin also was his friend. Chaliapin studied the Great Russian actors of early XX century, Malmont Dalskij, Davidov and Olga Sadovskaia, who convinced him that singer and actor had to fuse together in a unique performance. Russian opera invaded the Western world after Chaliapin triumphed as Boris, the usurping Tsar, at the Paris Opera in 1908 and the Met, his theatre of choice. Even if Didur and Kipnis did not learn his interpretive lesson, other Russian famous basses from Pirogov to Petrov, Cangalovic to the Bulgarian Christoff, Italian great basses Rossi-Lemeni and Vaghi vested his invisible presence and internalized the musical word.

To this day, the roles Chaliapin played are historic interpretations due to total fusion between imagination and vision. Boris (Boris Godunov), Dosifey (Khovanshchina), Susanin (The Life of the Tsar), Ivan the Terrible (The girl of Pskov), Konciak (Prince Igor), his favourite Salieri (Mozart and Salieri), the miller (Russalka) and the demon (The Demon) are impressive examples. He found it difficult to sing Mozart (The Commendatore), Rossini (Don Basilio) and Verdi (Filippo II and Silva), redoubling the crackles between the Russian and Western arts of singing.

Vocally and interpretively, he felt comfortable with Massenet (Don Quixote), Boito and Gounod (the two Mefistofeles). As Don Quixote, he had no rivals. He used to appear on stage accompanied by a youngster of minute physical proportions in order to conjure up the universal literature’s famous duo: Don Quixote and Sancho Pança. He appeared for the first time at La Scala in the role of Mefistofele (Boito). The sight of his statuesque body magnetised the audience, the elasticity of his movements and satanic gestures mesmerised soprano Carelli, tenor Caruso, the entire orchestra and even Toscanini. They disappeared as if buried by a colossal and inhuman singer actor on stage.

Chaliapin’s unique, ductile and multicolored voice proved ideal for the roles he played. People claimed that he had a voice for each role. It is more likely that he was able, almost as a circus juggler, to make great use of resonance areas, from the nasal to palatal and guttural, allowing easy passage from a powerful “bordata” (sonorous note) to a whisper and the whitest of filatures. He pronounced kaleidoscopic but unquestionably sovereign accents (piano or forte). To him, the voice was only a pretext and a docile, sometimes insidious instrument of will and whim. He was a tenor, baritone or bass as he wished, making use of all colors on the lyrical palette

He knew the precious secret of the “vocal echo” and used it with great skill, giving distance to sounds and causing soft rebounds of inevitable effect, undisputed utility for wise economy of vocal means. He expressed the intimate essence of his personality with gestures and nuance, which many tried to imitate and succeeded in copying the external forms with ridiculous results.

Chaliapin vocal flaws were very few. He had a weak timbre in the low register, uncertain extension in the middle but surer in the upper register. It is understandable why he disdained legato and paid great attention to staccato declamation.

He recorded popular songs by Beethoven, Schubert, Schumann, Glinka and Rimskij-Korsakov. He sang Trepak (Musorgskij) with deep melancholy, Song of the Volga Boatmen with refrained despair, Black eyes (the popular Ociciornia) in typically Russian style and the very popular Dargominskij’s Bolero with brilliance. Above all, Chaliapin sang with the universally acknowledged realism of Musorgskij. The Russian composer musically depicts garden perfumes and tavern odours with so much power and conviction that the listener starts to feel and taste the same perfumes and odours. This is a special realism. Is it realism or fiction? Chaliapin, the supremely histrionic bass, succeeded in letting everyone familiarize with fiction and take it as a superior truth.

So much has been written on this great basso, and not much more can be said here, so enjoy the recording of the truly transcendent Feodor Chaliapin; from 1927 in his native tongue, linked below.