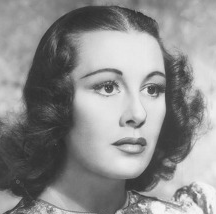 Gladys Swarthout was born on December 25th 1904 in Deepwater (Missouri). She was trained at the Bush Conservatory in Chicago and later by the conductor, Leopoldo Mugnone. In 1924 she made her official stage debut at the Chicago Opera House as the Shepard Boy in “Tosca” and continued to appear there in smaller parts. In the same year she sang Mercedes in St. Louis opposite Mary Garden`s Carmen, who predicted on this occasion that Swarthout would be the next Carmen – and she was. In 1925 Swarthout presented herself as Carmen for the first time at the Summer Opera House of Ravinia. Her debut at the Metropolitan Opera took place in 1929 as Cieca in “La Gioconda”, at a time when two other Americans, Marion Telva and Carmela Ponselle, Bruna Castagna came along a little later, had already established themselves as leading mezzos.

Being small and svelte she was assigned many trouser roles. Until 1945 the mezzo-soprano was celebrated in roles, such as Mignon (before she assumed the title role herself, Swarthout had sung Frédéric with Lily Pons as Philine and Lucrezia Bori in the leading part), Pierotto in “Linda di Chamounix”, Siebel in “Faust”, Adalgisa, Niejata in “Sadko”, Preziosilla, Stéphano in “Romeo et Juliette” and last, but not least, Carmen which became Swarthout`s most famous role. Virgil Thomson, the critic of the Herald Tribune, wrote about her Carmen that this gypsy “never left the countryclub”. Over the years the singer gradually reduced her operatic performances and established herself from around 1940 on as one of America`s leading concert singers and lied-interpreters. (“That is where the real money was”, she once confessed openly, “a factor not to be ignored for a singer`s career is terribly short.”) The artist also dedicated herself to works of contemporary composers: in 1934 she created the role of Plentiful Tewke in the world premiere of Howard Hanson`s “Merry Mount” and sang Mrs. Dean in Deems Taylor`s “Peter Ibbetson”. Gladsy Swarthout`s name appeared for years on the list of America`s Ten-Best-Dressed Women and soon after her career had taken off she accepted offers for movie-productions in Hollywood, where one of her most popular films became “Champagne Waltz”.

Serious heart problems which, until then, never had been noticed, forced the singer to end her career in 1954. After two heart surgeries Gladys Swarthout died on July 7th 1969 in Florence, where she had spent the last years of her life in her splendid villa, La Ragnaia.