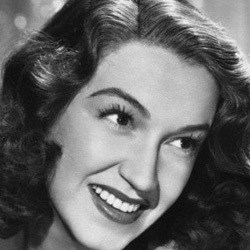 Risë Stevens was born in New York on June 11th 1913. For three years she studied at New York`s Juilliard School of Music and then went to Vienna in 1935 where she was trained by Marie Gutheil-Schoder and Herbert Graf. At the Opera House of Prague Stevens made her debut as Mignon in 1936 and stayed there until 1938 appearing during this time also in guest performances at the Vienna State Opera where her Octavian in “Der Rosenkavalier” became quite a success. Again, as Octavian she was engaged at the Teatro Colón in 1938 and was invited to the Glyndebourne Festival in 1939 where she was heard as Cherubino and Dorabella in “Cosi fan tutte”. At a Saturday Matinee performance on December 17th 1938 the singer made her debut at the Metropolitan Opera in “Mignon” (with Richard Crooks and Ezio Pinza). The following Monday evening she interpreted the role of Octavian with Lotte Lehamnn as Marschallin and Emanuel List as Baron Ochs. For over two decades, until 1961, Risë Stevens was considered the MET`s leading mezzo and during her first two years she even attempted excursions into the Wagner-field (Erda and Fricka).

Among the artist`s most famous interpretations we find Cherubino (for the first time in 1940), Dalila (1940/41), Carmen (which she took over from Gladys Swarthout in 1945), Laura in “La gioconda”, Hänsel in “Hänsel und Gretel” and Marina in “Boris Godunov”. After the War Risë Stevens did appear in Paris, London, at the Scala of Milan and in 1955 returned to Glyndebourne, but did not resume her European career which had been interrupted by her departure from Prague. In 1958 she performed on the occasion of President Eisenhower laying the foundation stone for the Lincoln Center in New York. Stevens sang her last Carmen at the MET in 1961, served as General Manager of the Metropoliten Opera Touring Company until 1966 and later coached the new generation of singers at the MET. In 1941 the singer`s beautiful voice and her attractive appearance led the film industry in Hollywood to produce several music-films with her, such as “The Chocolate Soldier” (with Nelson Eddy) and “Going my way” (with Bing Crosby).

The rich intensity of Stevens` voice and her reliable feeling for the right style paired with a distinctive dramatic temperament enabled the artist to succeed in an unusually wide-spread repertory.