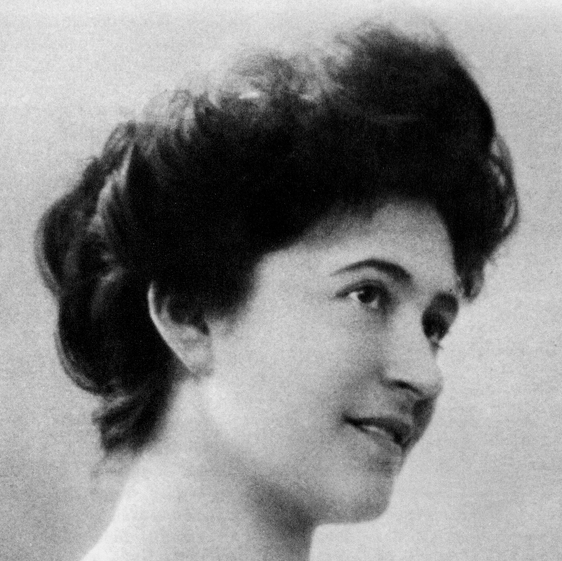 Selma was born on November 15th 1874 in Bielitz-Biala. As a young girl she started to work as a seamstress in order to financially support her family. In answer to an announce she applied to become a member of Kantor Goldmann´s choir. Kantor Goldmann instantly recognized the vocal gifts nature had bestowed upon her and looked for patrons to finance her vocal training. He took her to Vienna where she auditioned for the highly acclaimed singing teacher, Gänsbacher. Although he found her voice not more than average and advised her against further training, he finally wrote some positive references. In spite of Gänsbacher´s negative judgement she started to study with Prof. Reß and his assistant, Maria Brossement, in Vienna, whose lessons were financed by Prince Nikolaus Esterházy. Reß remained her devoted counselor and critical observer and gave friendly warnings throughout her career. Her voice´s dark color initially led her teachers to believe that she was a contralto. (The first role she studied was that of Azucena in “Il Trovatore”.) During a stay in Paris she also took lessons with Mathilde Marchesi and Jean de Reszke. Soon, her voice developed a solid top, which, after having given a guest performance as Mignon at the Stadttheater of Hamburg in 1895,  enabled her so sing Elisabeth in “Tannhäuser” in Frankfurt am Main in the fall of 1897. She remained there for two years and was cast in operas such as “Carmen”, “La Juive” and “Die Rose von Pontevedra” by Joseph Forster. In Frankfurt Kurz also found a valuable teacher in Mrs. Hanfstaengl, who added the final and decisive touch to the singer´s brilliant top notes.Gustav Mahler, always on the lookout for new and young talents, heard her in Frankfurt and offered her a long-term contract for the Vienna Court Opera from 1899 on. In September 1899 Kurz made her debut as Sieglinde in “Die Walküre” and appeared one year later in the premiere of “Jolanthe” by Tschaikovsky. Her repertory during these days was mainly focussed on roles, such as Elisabeth, Eva, Marguerite, Charlotte in “Werther” and Rosalinde in “Die Fledermaus”. During a rehearsal Mahler heard her sing “D´amor sull´ali rosee” from “Il Trovatore” and realized that he had at last found the coloratura-primadonna he had so long been looking for. Kurz, herself, repeatedly mentioned, that, inspite of minor discrepancies, she owed her career as a coloratura-soprano entirely to Mahler. The Court Opera director carefully introduced her to this new repertory by letting her sing Rosina, the pages in “Un Ballo in Maschera” and “Les Huguénots”, Juliette and Martha, but she soon moved on to Elvira in “Ernani”, Lakmé, Konstanze, Gilda, Violetta and, last but not least, Lucia di Lammermoor.

In the “Mozart-cycle” in honor of the composer´s 150th birthday she sang Fiordiligi in the revival of “Così fan tutte” in 1905 and Konstanze in “Die Entführung aus dem Serail” one year later. Still in 1906, on the occasion of a much acclaimed gala-performance of Enrico Caruso, Kurz was his Gilda in “Rigoletto”. The title role was sung by Titta Ruffo, who with his glorious singing almost outshone his countryman. It was Ruffo´s only appearance in Vienna. Having specialized in coloratura roles, Kurz still did not neglect her more lyric repertory. She sang in “La Bohème”, “Martha”, in the first Viennese performance of “Madama Butterfly” (1907) and in a premiere of “Der Zigeunerbaron” (1910). She was Tatjana in “Eugen Onegin” and Sophie in “Der Rosenkavalier” (1911) and even attempted the role of Rachel in “La Juive” in 1909. In 1903, at the age of 29, she was awarded the title “k. u. k. Kammersängerin”. In order to enable Kurz to make her debut at Covent Garden, the fierce resistance of Nellie Melba eventually was overcome. It took place in 1904 in “Rigoletto” (with Maurice Renaud and Enrico Caruso) and became a veritable triumph for her. In London she also was heard as Elisabeth, the Queen in “Les Huguénots” and Oscar in “Un Ballo in Maschera”. Paris, Monte Carlo, Rome, Prague, Amsterdam, Warsaw, Bucharest, Cairo were only some stations of her international career, but for the largest part Kurz remained in Vienna at the Court Opera. The highpoint of her career surely was when she created the role of Zerbinetta in the world premiere of the Viennese version of “Ariadne auf Naxos” on October 4th 1916. First contacts with the Metropolitan Opera had already been established back in 1905 and, again, in 1907/8, but plans finally were shattered by Felix von Weingartner´s veto. Her first appearance in the United States took place on the occasion of a concert in Carnegie Hall in January 1921. – Too late, as some critics remarked. Shortly after the concert Kurz suffered a severe indisposition, to such a degree, that she had to cancel all further engagements and return to Vienna. Again, she was offered a contract by the MET, but this time she herself declined and preferred to stay with her family in Vienna. (In 1910 she had married Prof. Joseph Halban, a distinguished Viennese gynecologist.) Only one year later she reappeared before the Viennese public and was welcomed back with great enthusiasm. But her voice had undergone some change, as time-witnesses observed: her agility was stupendous as ever, but the voice had lost in volume. That Selma Kurz had been able to structure her roles in a way that these weak points passed unnoticed by the largest part of the public, shows what an artist she was. In 1922 she was Konstanze in “Die Entführung aus dem Serail” (with Richard Tauber) at the Salzburg Festival. With two performances of “Un Ballo in Maschera” and “Il Barbiere di Siviglia” she bade farewell to the stage and her public in February 1927. In 1929 Kurz was taken ill, presumably caused by a heart suffering, which had already troubled her for considerable time, and never fully recovered. On May 10th 1933 Selma Kurz died in Vienna.

At her funeral in the Schottenkirche the Vienna Philharmonic Orchestra played the prelude to Act 3 from “La Traviata” which left thousands of people shattered. Selma Kurz enjoyed an incredible popularity in Vienna. The City of Vienna had her buried in an honorary grave at the Vienna Zentralfriedhof. Without exaggeration one can place the voice of Selma Kurz among the leading coloratura-voices of this century. Her crystal-clear and endless trills (the “Kurz-trills”, as they are still called today) were legendary and her pronounced stylistic feeling shows what a great artist she was. The stupendous brilliance and the incredible ease with which she mastered the most difficult and breakneck coloratura-passages cannot fail to impress.