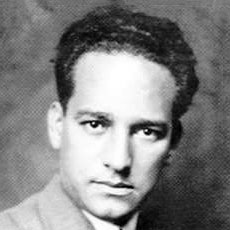 Spain has produced some of the most compelling and brilliant tenors of the 20th Century; Miguel Fleta, Francesco Vignas, Hipolíto Lazáro, and of course Antonio Cortis.  Cortis’ story is one that proves that at one time it certainly was possible to start your career as a chorus singer, progress to a comprimario voice, and still further to a leading tenor of the world’s great houses. Very few have ever rode this path, but Cortis proves it possible, and created a legacy as one of the most beautiful tenor voices of all time. Cortis has a voice of pure romance; simplicity and elegance and an understated honesty which at all times speaks very truly to the heart of audiences. Not without great technical merit, there is a noticeable cry, a lament, that one can hear at all times in his tone – something which we often hear amongst the great tenor interpreters, and most noticeable since Cortis in the great Jussi Bjoerling.

Cortis was born in 1891 aboard a ship in the Mediterranean Sea – perhaps an indication from birth that his career would be that of a journeyman. He never knew his father who had died before he was born and at the age of 8 he studied full time at the Royal Conservatory in Madrid. Originally studying violin, at age 18 he commenced vocal tuition and began singing in the chorus at Barcelona’s Gran Teatro del Liceu. Cortis moved on to sing comprimario roles and in 1917 performed Beppe in Pagliacci, alongside the Canio of Enrico Caruso who encouraged his transition into a lead tenor. Throughout the 1920s he performed at major venues in Europe, South America and the United States; most notably at the Chicago Lyric Opera for 8 seasons where he was to do his finest work.

Cortis has a voice of great lyric and dramatic quality, like his idol Caruso, capable of singing most anything in the repertoire. Here we present his incredible (and unsurpassed) interpretation of a rare piece by Umberto Giordano: “Ah, che tormento” sung by Giannetto in Giordano’s “La Cena delle Beffe” recorded in 1927. We hear the great voice of Cortis in all it’s honest glory: dripping with virility and also with the requisite tortured soul that this piece demands. A masterpiece.