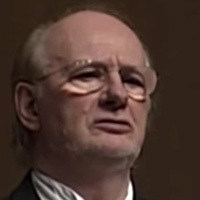 He made his professional debut as Pinkerton in 1966. He has been successful throughout Italy and Europe, both North and South America and the Far-East, singing at virtually every important Opera house in the world.  He has a strong, ringing dramatic tenor voice with baritonal qualities which in no way inhibit his high notes and he sings with intelligence.  In spite of his long list of honors, he has remained generally unknown to the world-wide opera public.  He celebrated his 64th birthday on stage, in Tokyo – as Canio.