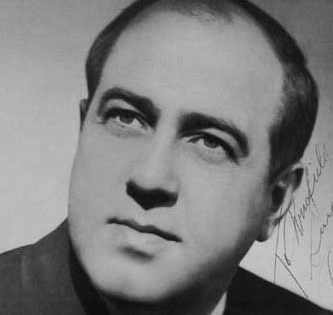 He began singing as a treble in the local church choir at the age of 9 and was encouraged to further his studies in New York where he had lessons with Leon Rothier and Frank La Forge.  When his voice broke, developing into a tenor, he began his career cautiously in recital work.  After seeing active service in France in WWI,  he began to achieve increasing success in concerts not only in the US,  but also in London, Vienna, Munich and Berlin.  He was first heard in opera as Cavaradossi, in Hamburg, in 1927.  He returned to the US in 1928 to give further concerts and his US opera debut took place again as Cavaradossi, in 1930 with the Philadelphia Grand Opera Company.  So obvious was his talent that he reached the NY Met. in early 1933, as Des Grieux.  His career there was to last until his retirement from Opera in 1943.  He was immensely popular on radio and as a recording artist and as well as singing widely in the US and Canada,  he also made extensive tours of Australia and S. Africa.  He retired from professional singing in 1945 because of illness, although recordings of him at the age of 67, show him in fine voice sufficient to be the envy of tenors half his age.  He died at Portola Valley, California, on 29th September, 1972.