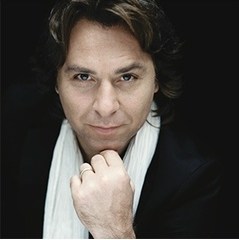 French tenor Roberto Alagna has for long belonged to the most coveted opera singers world wide and has been widely recognized as the most important tenor in the last decade of the 20th century.

French with Sicilian origins, Roberto Alagna was born in Paris (Clichy-sous-Bois) on 7 June 1963 to Sicilian immigrants. They had left a Sicily of grinding poverty and settled in France in search of better times. His early days were spent at cabarets in Paris where he sang and played the guitar while preparing for a vocal career. In 1988, at the age of 25, he won the Pavarotti International Voice Competition in Philadelphia, making his professional debut the very same year with the Glyndebourne Touring Opera as Alfredo in La Traviata. His La Scala debut came in 1990 under Claudio Abbado yet again as Alfredo, where he reappeared in 1993 under Muti, and Covent Garden followed in 1994, where he was a much admired Rodolfo of La Boheme and Roméo in Gounod’s Roméo et Juliette. He succeeded on home turf in 1995, when he was Edgardo in Lucia di Lammermoor at the Opéra Bastille of Paris. His Met debut came in 1996 in a production of La Boheme, where he once more was Rodolfo.

Alagna succeeded in being signed for a lucrative contract with EMI in April 1993 (extended 1998) ensuring him a series of recordings, of which his 2000 recording of Verdi arias with Claudio Abbado and the Berliner Philharmoniker stand out. Raven reviews and huge press coverage secured Alagna’s position as the undisputed heir to Pavarotti’s throne in the wake of the latter’s obvious retirement, and for which he enjoyed being considered the finest lyrical tenor of his generation. In 1994 he was named Personnalité Musicale de l’Année by the French national press and received Covent Garden’s Best Performance of the Year for his Roméo in Roméo et Juliette by Gounod; in April 1995 he was awarded the prestigious Laurence Olivier Award for Outstanding Achievement in Opera (resulting from his acclaimed Roméo at Covent Garden), in 1996 he was appointed the Chevalier de l’Ordre des Arts et Lettres by the French Ministry of Culture and in 1997 named Lyric Artist of the Year by the Victoires de la Musique Française.

Roberto Alagna is married to the Romanian star soprano Angela Gheorghiu and they have appeared together in both opera performances and recordings.