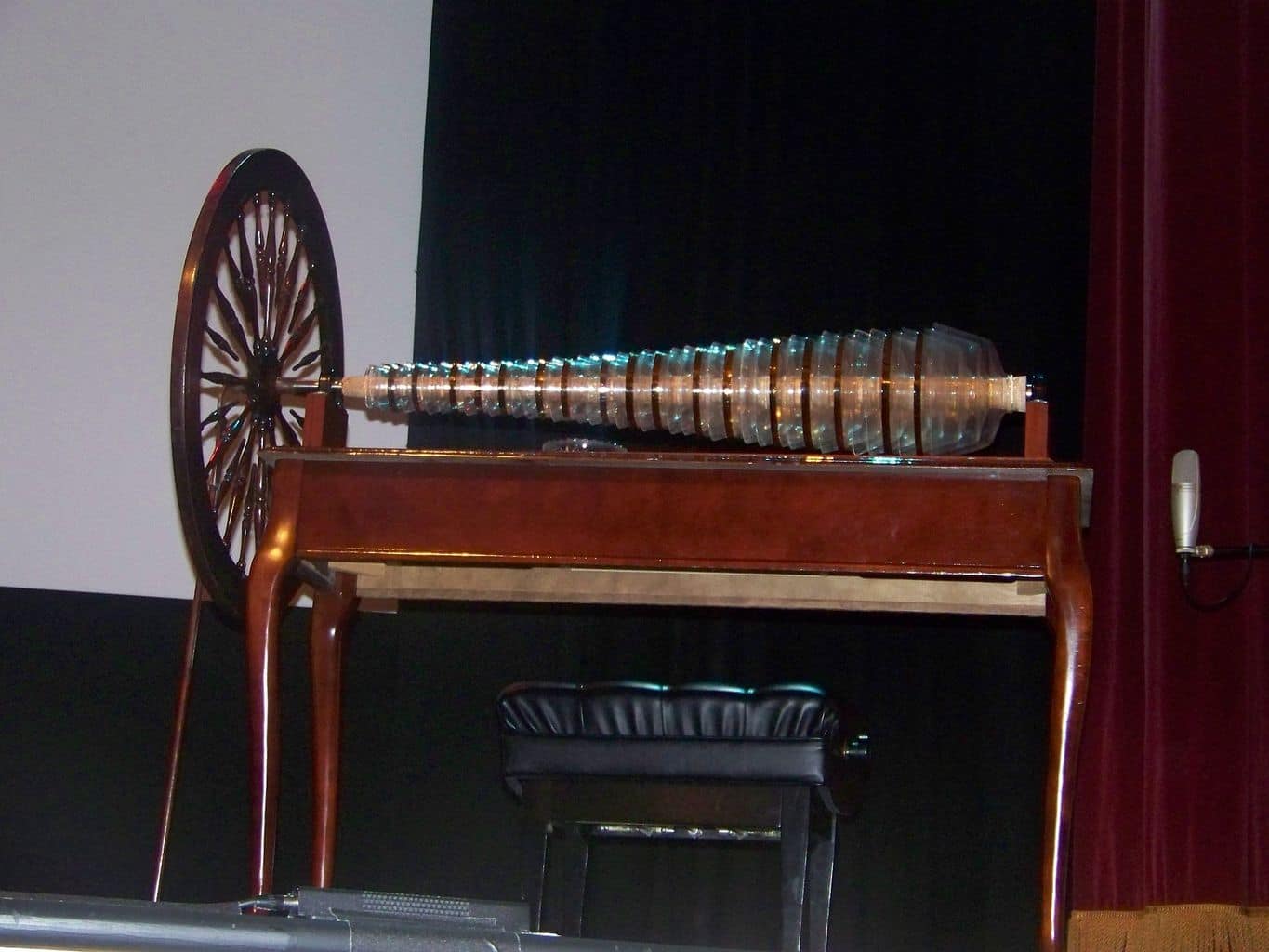 The eerie, shimmering tone of friction against glass bowls—the sound of insanity? The glass harmonica shows up rarely in opera instrumentations (it was not a popular instrument c. 1820-1920, when many canonical operas were written). Most famously, it was the original accompaniment for Lucia’s mad scene. This is perhaps what prompted George Benjamin to also use the instrument to signal descent into madness in his 2012 opera Written on Skin. But why should the glass harmonica be associated with madness in the first place? When the instrument was popular in the eighteenth century, writers (in German, at least) warned that its sound affected the nerves and provoked melancholy. Armchair historians claim the lead glass of the harmonicas was responsible for driving players mad, but this is improbable given how much more lead an eighteenth-century individual would have ingested from other sources. (Also, there’s no evidence that glass harmonica players actually were driven mad at an unusual rate. Still, the rumor that they were is part of what led to the instrument’s decline in popularity.)

The most scientific explanation lies in the glass harmonica’s pitch. It is predominantly in the 1–4 kHz range, which is difficult for humans to locate. (Below 1 kHz, we identify the source of sound by phase differences between the sound reaching our left and right ears; above 4 kHz, we use volume differences.) Because of this, the glass harmonica can seem disorienting or otherworldly—where is it coming from?

The sense that the music is coming from some mysterious source other than the orchestra pit drives the glass harmonica’s use in opera. Strauss’s Die Frau ohne Schatten makes use of the instrument, and the opera is haunted by the voices of unborn children. Written on Skin combines the glass harmonica with a viola da gamba for a seduction scene where madness threatens.

And then there’s Lucia di Lammermoor, the most well-known opera that includes a glass harmonica—except when it doesn’t. Before his opera’s premiere, Donizetti re-wrote “Il dolce suono… Spargi d’amaro pianto” (the “mad scene”) for Lucia and the solo flute (sometimes arranged for two flutes). Apparently, the theater where the opera was to premiere had contract issues with their glass harmonica player, so Donizetti was asked to write him out. Lucia’s interlocutor in her mad conversations became the flute, an instrument with its own associations with the grave but without the ethereal strangeness of the glass harmonica.

In recent years, many opera companies have chosen to bring the glass harmonica back into Lucia. I recently had the joy of hearing Brenda Rae sing Lucia accompanied by Friedrich Heinrich Kern’s glass harmonica playing in Santa Fe, and the effect was exquisite. Of course, not every opera orchestra has a glass harmonica player sitting around waiting for a production of Lucia or FRoSch. When the Metropolitan Opera chose to incorporate the glass harmonica into their Lucia in 2007, celesta player Cecilia Brauer had to learn the difficult instrument from scratch.