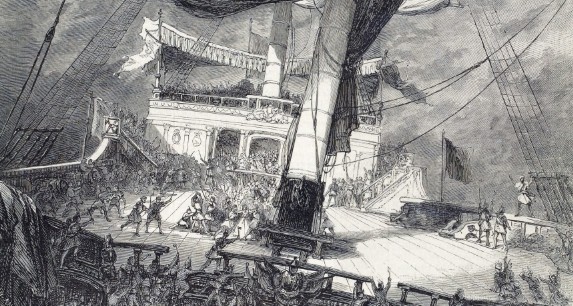 Veleno (poison) in opera is a sure mechanism to vary the plot and resolve the drama, which succumbs frequently to the knife, firearm and blood (i.e. Tosca act II and La Forza del destino act I).

A good portion of Donizetti’s Lucrezia Borgia is based on such mechanism. Donizetti’s Fausta, Bianca of Acquitaine and Sancia of Castille are heroines who end up with poison, directly and voluntarily taken. Donizetti’s Pia de’ Tolomei is poisoned by her husband as she is kept unaware of it. Poison abounds in Verdi: Abigaille (Nabucco), Leonora (Trovatore) and Simon Boccanegra are all victims of poison. Attila in the finale secondo of the opera by the same name is about to be poisoned by Uldino in conspiracy with Foresto but Attila is saved by Odabella because she wants to kill him herself!

In Verdi’s Luisa Miller based on the Schiller’s cloak and dagger tragedy, Rodolfo, a passionate and faithful suitor in Act I “Sono tuo sposo!”, feels betrayed by Luisa, perpetrates revenge in Act II “Tradito m’ha colei” and is remorseful for having poisoned Luisa unjustly in Act III “Si’, teco io vengo, spirto divino”. He curses his own father, kills the perfidious Wurm but dies of self-administered poison together with his faithful Luisa.

In Luisa Miller, the most underestimated of Verdi’s operas, the first and second acts are beautiful and powerful. The third act is slow to take off at the beginning, over the two suicides by poison, and is very quick at the end with a murder victim (Wurm) and death (Rodolfo) in seconds. Luisa Miller’s finale is quick, typically mid-Verdi’s way of ending operas dramatically and in the shortest time possible.