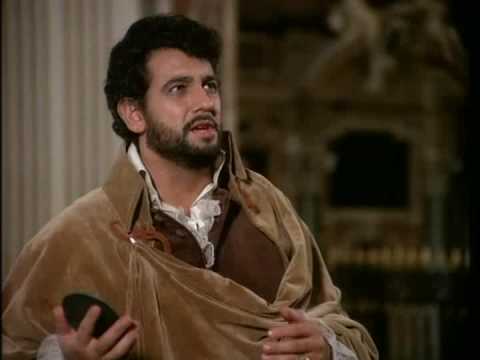 The Best Recordings of Tosca

Puccini’s “shabby little shocker” is considered by many opera aficionados to be one of the most superb combinations of musical brilliance and maudlin melodrama to ever be put on stage. Sprinkled within the score of Tosca is some of the most brilliant musical moments Puccini ever wrote, but what sells it is the mile a minute pacing. It’s hard to explain, but when I’ve seen live productions of Tosca I feel less like an audience member, and more voyeuristic whilst watching. In many ways it’s the epitome of verismo, as it feels so real that I shouldn’t be watching it, but I can’t turn away. Because of this figuring out which recordings of Tosca I’ve found that best represent that realism and dynamic pacing is a difficult task. But, in the process I’ve found one live recording, two studio recordings, and one movie recording that fit the bill. I hope you enjoy them.

Vocally speaking this might be the most stacked recording on this list. Every member of this cast overwhelms you with their sound, and they all sound like the roles were written for their voices. Ms. Price dazzles as the titular Tosca, bringing forth both the fire and vulnerability of that character. Corelli sings with unbridled pathos, and clarion high notes that ring so well that they sure shook the chandeliers of the old Met. From the moment he steps on stage as the lecherous villain Scarpia Cornell MacNeil commands attention. Ezio Flagello and Charles Anthony shine in their supporting roles as the grumpy Sacristan and slimy Spoletta. All of this is capped off with a powerful performance by the Metropolitan Opera Orchestra led by Kurt Adler.

Cornell MacNeil sings “Te Deum” at the end of act 1-

Tebaldi sounds like the quintessential Puccini soprano in her recording, and Callas sings with a reckless abandon that sells the character. Di Stefano conveys the romantic ideals of Cavaradossi, whereas Mario del Monaco sings the score with incredible passion. Gobbi’s Scarpia has a true snarl to it, but George London brings the menace with an animalistic vocal presence. Despite the noticeable differences in how these performers portray their roles there is a single unifying factor: electricity. The best thing about these recordings is how fully the singers invest themselves in the drama. These recordings sound less like a studio experiment, and more like a live experience. Both Molinari-Pradelli and de Sabata tie it all together with expert conducting.

Kabaivanska, Domingo, and Milnes were all singing actors of the highest caliber, and this movie allows them all to showcase that talent in truly spectacular fashion. They all bring their characters to life, and each of them turns in some of the finest vocal performances of their career. Outstanding cinematic direction by de Bosio and a thorough understanding of Puccini’s score by Bartoletti make this one to enjoy.

As an audience member Tosca is one of my favorite operas to go watch. As a live experience it affects me quite deeply, but I struggle to find that supremely satisfying experience within recording. The four I shared with you today are the four that invoke that feeling within me. Every one of these recordings is available on iTunes, Youtube, and/or Amazon in their entirety, and I hope you enjoy them as much as I do.