I know, I know. Opera is about the music (and acting), not the setting where it’s performed. And that’s really true—I’ve seen great operas in unconventional spaces, and I usually forget about the theater itself once the action starts. That said, I’m a sucker for beautiful opera houses. There’s something so fun about the ambiance of a century-old (or couple-centuries-old) building, decadently decorated. It makes me feel like I’m part of the action, like something exciting might well happen to me, not just to the characters onstage.

I’ve been travelling around Europe a lot recently, and one thing I try to do in the cities I visit is see the opera house. (I’d rather see an opera at the opera house, but this darn summer Operpause makes that challenging.) I’ve seen a few cool ones. But the Palais Garnier in Paris is probably my favorite. Technically, it’s mostly a ballet house, as the new Opera Bastille facility is used for most of the Paris Opera’s performances these days. That said, it was built as an opera house, and it’s famous as one. It boasts the distinction of being the most expensive Second Empire building in Paris and, of course, the setting of Phantom of the Opera. The house was built between 1861 and 1875, but a highlight of the visit is the 1964 ceiling in the auditorium, painted by Marc Chagall. 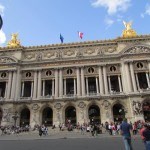 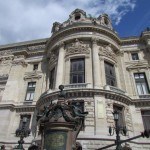 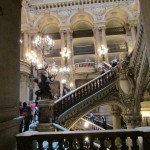 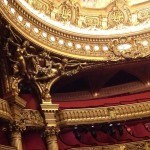 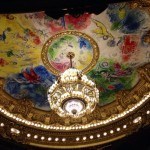 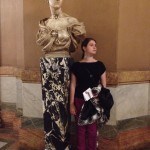 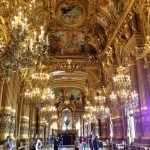 Can I move in?